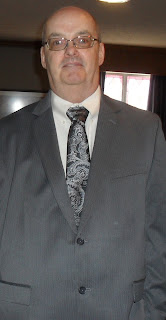 Dave Harm was born and raised in Northern New Jersey.  He is the youngest of four boys.  He often mentions that while he and his brothers had the same biological parents... they were raised by different people.  His three brothers grew up together, separated by four years in age, they had each other to lean on.

In age, Dave is six, eight, and ten years younger then his brothers.  Most of the damage of his parents drinking, he witnessed alone.  Others might have seen it... yet Dave had no one to lean on for support.

His method of handling the insanity was playing football in high school and partying.  He started drinking when he was 13 and started smoking pot when he was 17.  Even with his own partying already getting out of control, Harm stayed somewhat centered by staying active in football.  He earned a scholarship for his athletic abilities to Yankton College in Yankton, South Dakota.  This was his exit to leave the insanity of his birth home.  With this new life he no longer felt the need to try and get praise from his family and quit football and began enjoying his new freedom.

He stayed in college for a year and a half and dropped out to work on his new joy in life – partying.  He drove a delivery truck during the day to keep up an illusion that all was well.

It was during this time in his life that Harm couldn't do anything for more then two years and that included work.  He quit driving a delivery truck and found a new way to make money - by dealing drugs.  This too, lasted just short of two years and he left South Dakota and headed back to New Jersey.

It was in the early 80's that Harm lost the capability of quitting.  It was during the next eight years that Dave wandered around the country... staying one step ahead of law enforcement and bill collectors.

During this time his “homes” were in New Jersey, South Dakota, Wyoming, and California.  His last stop in South Dakota started his life with homelessness.  He ended up in California, working odd little jobs, usually quitting after he got a paycheck and he would hit the road again.

His main method of travelling at that time was hitch-hiking.  One of his last rides came from a member of AA who gave him a job at a mobile home park.  Though he didn't stay sober, that job ended his life of sleeping in boxes or under bridges.

In 1986 Harm tried suicide as a way to start a new life, which put him in protective custody for 72 hours.  It was during this time that he admitted to being an alcoholic and started a new way of life.  This new way did not last and Harm returned to drinking in 1992.

During those five and a half years of sobriety Harm's life changed.  He became a functional member of society and a reliable employee.  His slip lasted two years and all that he had accomplished he ended up losing.

On September 4, 1994, Harm not only admitted to being an alcoholic... this time though he went another step forward by accepting this fact.  And by the Grace of God has been clean and sober to this day.  Harm is also an addict and has been clean from drugs since the late 80's.  Quitting drugs was easier for Dave, as alcohol was always his drug of choice.

While serving others helped Dave obtain and maintain humility, it wasn't till he moved to Southeastern Nebraska that he began to use the gifts his Higher Power gave him at birth.

In 2004, his first book Damaged Merchandise was published and early in 2005 it was followed by War Zone.  Finally in 2009, the third book of this trilogy was published entitled Creating Dreams.

Along the way Harm ventured into other endeavours.  In 2006 he was named a United States Poetry Ambassador and his poem Scrambled Eggs received The Editor's Choice Award from poetry.com.  In 2007, he received the Recovery Hero Award from the website Clean and Sober not Dead.

2007 Harm also became a freelance writer for the Beatrice Daily-Sun newspaper and on every Tuesday for over two years Harm edited a poetry column featuring poets from Southeastern Nebraska.

From 2000 to 2009, Harm was the featured poet for Gage County's Relay For Life.  And in 2008, he took 12 of his most inspiring cancer poems and produced the poetry and music cancer CD entitled Purple Power.

In 2011, Harm began broadening his outreach program and was the keynote speaker at the Hot Springs, Arkansas Recovery Rally.  By the end of the year he became a Certified NLP Master Practitioner. By 2012 he got his certification as a Life Coach and also as well as a certified hypnotist.

From active addiction and homelessness to sobriety and comfort, Harm shares his experience, strength, and hope... with the humility and joy that comes with a second chance at life.   A second chance given freely by his Higher Power.

By 2012, Harm had made connections with musicians in Manchester, England.  From this friendship, 12 of his poems on alcoholism were turned into music, creating the recovery CD entitled 12.

Dave Harm believes in the power of The 12 Steps.  He has done these Steps in AA, NA, CODA, Alanon, and ACOA.  While he freely admits he has attended these meetings, Harm will not say which Fellowship he is a member of in keeping with the 11th Tradition.

Email ThisBlogThis!Share to TwitterShare to FacebookShare to Pinterest
Labels: bio